“In March 1939, a young Wyoming desperado blazed on the scene like a meteor. As a result of his crime spree, which began with an elk poach and ended with a bank robbery, seven men died, including the desperado himself. It was over in a matter of days. It left families, neighbors, and friends bereft and confused. The effects of the horrors rippled through the community.

The events captured the nation’s attention and the front pages of newspapers. The Denver Post lavished the appellation “Tarzan of the Tetons” on Durand, though he did not resemble Tarzan in any regard, and the events were not that near the Teton mountains.

Author Jerred Metz first became fascinated with the story of Earl Durand in 1973 after hearing a student sing “The Ballad of Earl Durand.” Metz took his young family to Wyoming in 1978 to interview participants in the events and returned several times. Fifteen of those interviews became the fifteen chapters of this book, narrated in the first-person voices of people who lived through the episode—not mere bystanders, observers, or commentators, but participants.

Forty years is a long time to recall events that flew by like a flash. But the people interviewed had contemplated these events for years, trying to make them understandable. Their stories flow together like a river as they each, in turn, recount the last eleven days of Earl Durand.” 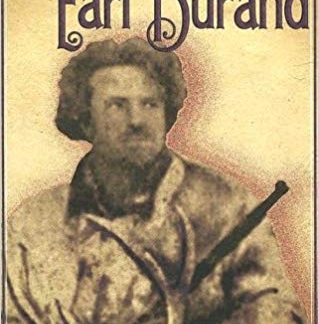